On a recent winter afternoon, a gathering of the Somali Bantu Community Association of Pittsburgh winds down in the ballroom of the University of Pittsburgh student union. Festivities have ended and many of the families have packed up and headed home.

While the few remaining adults sit talking or waiting in small groups, several teenage girls in customary head scarves flit between the tables exchanging text messages on their cell phones. Up at the front podium, a clutch of young men are still swapping DJ duties, connecting their music players to the PA system.

On the dance floor, a group of a half-dozen young boys comes together. Dressed in sweatshirts and snow boots, they look like average American city kids. The music throbs with a dance beat infused with an unmistakable African flavor. The boys move hesitantly at first, but soon they are stomping and clapping with more confidence, their steps and routines echoing those of the adults whose traditional dances entertained the gathering an hour earlier.

The scene symbolizes the lives of the Somali Bantu refugees in the Pittsburgh region – blending in to their new community while still holding firmly to cultural traditions of dress, dance and social hierarchy from their homes in Somalia, the war-torn country on the eastern coast of Africa. It was that desire to preserve their old traditions and the need to adapt to their new home that led to the formation of the Somali Bantu Community Association of Pittsburgh in 2004.

“Our mission is to help each other and also maintain our culture,” says Aweys Mwaliya, president of the association.

Helping each other was essential, he says, especially for the early arrivals, because they relied on those who came first to find housing – not easy for traditionally large family groups – and to find their way around the city and connect to local services. And all of them wanted to find someone, something familiar in their strange new surroundings.

“Back home, through the different things we have been living through, we have learned to support each other,” Mwaliya says.

In his soft-spoken way, he is referring to the fact that the Somali Bantu people, who had been an ethnic minority in Somalia, did not leave their homes by choice. Their ancestors had been brought to Somalia by Arab slave traders in the 1800s. More recently, decades of internal warfare, worsened by ethnic discrimination and the threat of death, forced them to flee their country by the tens of thousands in the late 1990s. 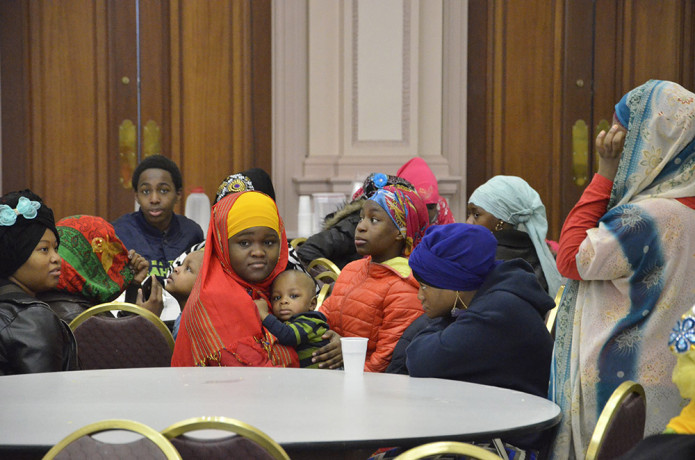 “OUR MISSION IS TO HELP EACH OTHER AND ALSO MAINTAIN OUR CULTURE.” 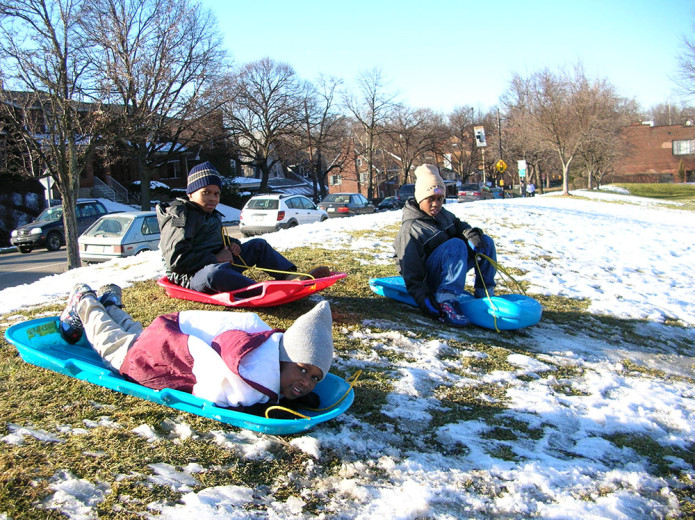 First they lived in refugee camps in nearby countries, and then, in the early 2000s, thousands of them starting coming to Pittsburgh and other cities across the United States as part of resettlement efforts led by the Office of the United Nations High Commissioner for Refugees (UNHCR) and numerous local agencies. For many of them, it was the ultimate culture shock.

“I didn’t know where anything was,” recalls Yussuf Muyu, now 24, who arrived in Pittsburgh in the winter of 2004 from a refugee camp in Kenya. “I was happy and nervous and sad” about leaving everything he knew to a come to a place that seemed safer, but at the same time so unfamiliar.

He remembers his amazement at seeing grocery store shelves filled with food, although he worried about not fitting in, especially at school. He didn’t speak any English, which made it difficult in class and also in making friends. There were, as he says, some “miscommunications” with some teenagers from the local community.

But thanks to classes in English as a Second Language and one particularly helpful teacher at Schenley High School who helped him get his homework finished, Muyu learned to speak, read and write in English, and slowly settled in.

For Muyu and many others like him, the support system provided by the Somali Bantu Community Association has made all the difference. Now he works as a chef at the Giant Eagle Market District store in Shadyside, and is married with two children. Following cultural tradition, his marriage to another Somali refugee was arranged by their families, but he says he wouldn’t have it any other way.

“That is how it will be for my daughters, too,” he says. “But that is the balance that we follow. We have the strength and support from our own community, and we remember where we came from, but we also have the opportunity to be American.”

Social service providers say it is that balance of the old and the new that make groups like the Somali Bantu Community Association so important in the process of helping international newcomers find their way in their new home.

Kheir Mugwaneza, Director of Refugee Resettlement at the Northern Area Multi-Service Center in Sharpsburg Borough just outside of Pittsburgh, says the Somali Bantu Community Association done well at helping its members find their way around the community while also preserving cultural traditions.

“The ones who had been here longer, they felt it was their responsibility to help,” he says. “At the beginning, they didn’t really realize they had a community association,  they were just doing what they were doing back in Africa, which is just helping each other. Then they realized they needed to do it in a more organized way.”

And just as the Somali Bantu Community Association has been a point of focus and support for its members, The Global Switchboard has been a place for them to connect with an even larger community of people and organizations looking for ways to help make the region a more globally engaged place to live.

“It’s like a network for the community, and I don’t think we need to go outside for some other resources,” says Aweys Mwaliya. “This is a place where if I need help with any other stuff that I can get, because we have…a lot of organizations here who are working internationally and locally here, so it’s really very good for us.” 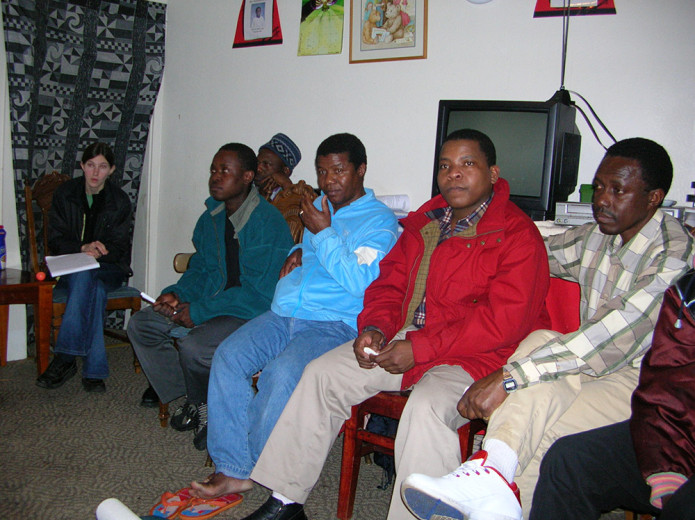 “BUT THAT IS THE BALANCE THAT WE FOLLOW. WE HAVE THE STRENGTH AND SUPPORT FROM OUR OWN COMMUNITY, AND WE REMEMBER WHERE WE CAME FROM, BUT WE ALSO HAVE THE OPPORTUNITY TO BE AMERICAN.”